After the exertion of their first mission, Dexter’s Half Dozen look forward to some rest and relaxation back at their top secret base. Unfortunately, nothing is quite that simple when you work for Churchill’s occult adviser. All hell breaks loose when one of the team accidentally awakens an ancient Norse warrior, which in turn reveals their location to a German tank unit! What ensues is an epic fight for survival beneath the intense desert sun!

Dexter’s Half Dozen is an ongoing series by writer Jamie Lambert and artist David Clifford. In 2014 it was nominated for Favourite British Black and White Comic at the Stan Lee True Believers Awards. The cover for this issue is by Simon Wyatt 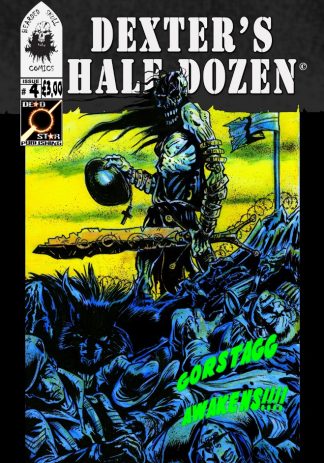