Thackeray: Not Quite Dead #1

Meet Abel Thackeray, mild mannered researcher working for the Sector for Biohazard Containment; it’s 2013 and the zombie apocalypse has been and gone. What happened? We’ve spent so long watching George Romero films that when the dead did rise we were ready for them. Now Thackeray is part of the team that cleans up the last few undead stragglers. There’s just one problem, he has a wound on his arm that won’t heal and a constant hunger for flesh. Thackeray has a secret – can he keep it? Issue 1 out now!

Thackeray: Not Quite Dead #1 is a 24 page full-colour comic and was created by Kris Wozencroft and Joanne Chong.

Be the first to review “Thackeray: Not Quite Dead #1” Cancel reply 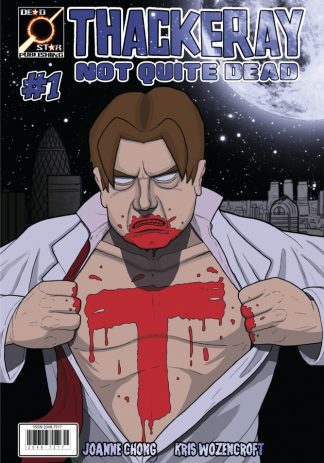