Thackeray: Not Quite Dead #2

Now that General Birthshaw has taken over as head of the SBC, Thackeray knows his days are numbered. With the military involved his condition can’t stay hidden forever. He made it out of the office in one piece only to discover that the mysterious stranger who’s been following him for days wants to talk… but what about? Thackeray has a secret – can he keep it? Read issue 2 to see!

Thackeray: Not Quite Dead #2 is a 24 page full-colour comic and was created by Kris Wozencroft and Joanne Chung with cover by Adam Burn.

Be the first to review “Thackeray: Not Quite Dead #2” Cancel reply 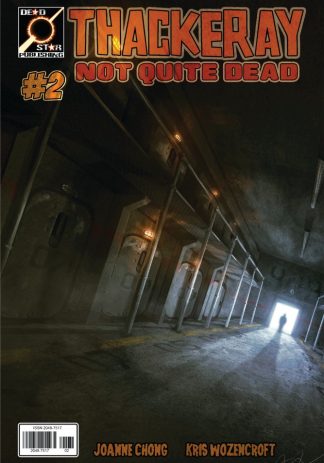