Thackeray: Not Quite Dead #3

After realising Bench is responsible for the new wave of zombie infections, Thackeray rejected any offer of friendship from him. Why does he need to associate with another zombie anyway, with the infection conundrum resolved Thackeray is in the clear – until a tip off leads the SBC to his apartment block. Are they looking for him? Thackeray has a secret – can he keep it? Find out in issue 3!

Thackeray: Not Quite Dead #3 is a 24 page full-colour comic and was created by Kris Wozencroft and Joanne Chung with a cover by Brett Eveleigh.

Be the first to review “Thackeray: Not Quite Dead #3” Cancel reply 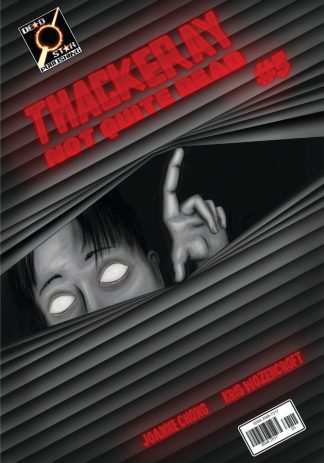