Dexter’s Half Dozen are facing the greatest danger of their lives! Trapped underground by the insane undead priest, Father Putzkammer, the team must find a way of stopping an unholy creature before it rises from its diseased resting place! Is this the end for our brave heroes?! 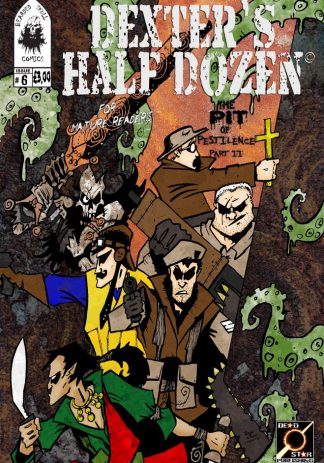