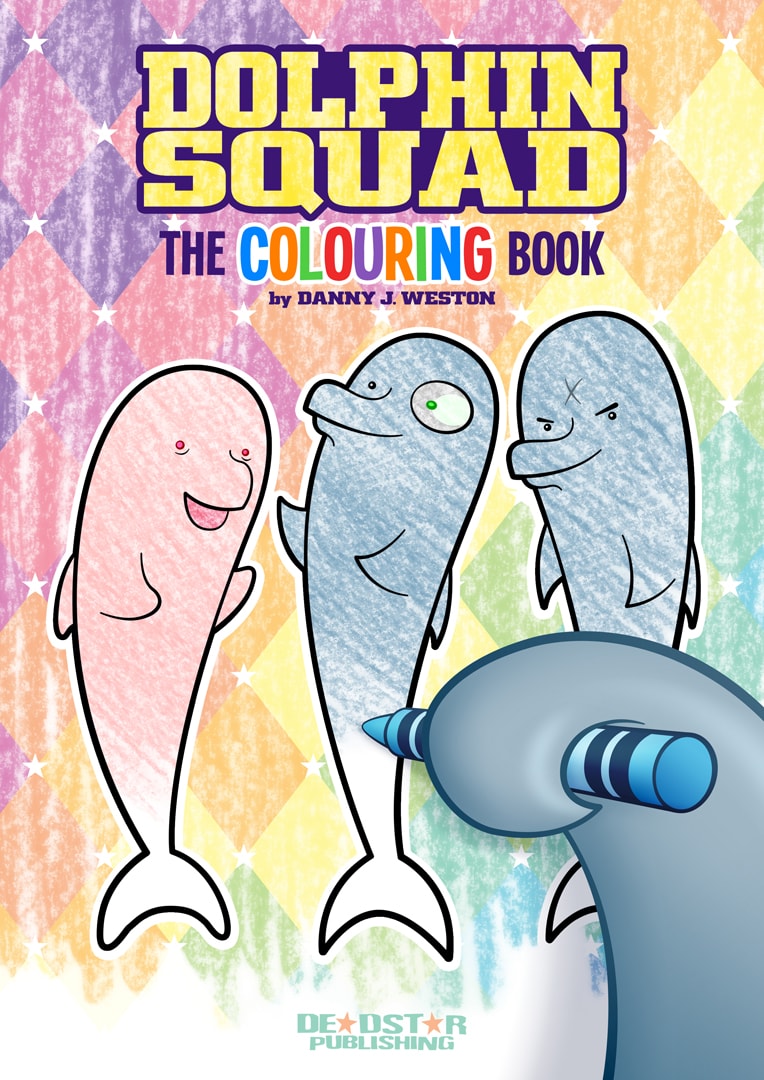 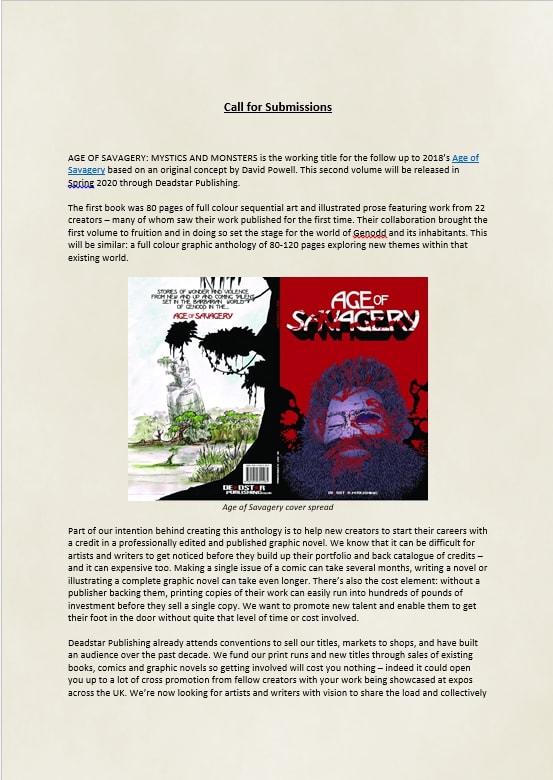 “I want to make a comic that’s a cross between Lord of the Rings and Mad Max.” That’s how David Powell originally pitched Age of Savagery to us. He’d been working on the fourth issue of his post-apocalyptic robot adventure comic New Wasteland Fairy Tales for a while and progress had stalled because he had too many ideas but they didn’t fit the storyline he’d already established. His solution was simple: start a new project.

Developing The World of Genodd

It was March 2017 and David had been doodling in his sketchbook drawing fantasy barbarians, beasts and gigantic monuments instead of rampaging robots and gladiator battles. For a long time player of Warhammer and War Machine, fascinated by the close-up gritty skirmish games that revolved around characterful stories and explosive escapades, a fantasy world made sense. It was the break he needed that would clear his palette and allow him to return to New Wasteland Fairy Tales with a new focus.

We sat down with him and discussed the world he was designing. Looking over the concept art he’d produced we tried to work out what Deadstar Publishing could bring to the table to help him. He had a solid design for the world, and one that we wanted to see brought to life but producing a graphic novel on his own was a daunting task. Working alone, he could expect to spend a year or two on it at least. Or longer. At that point, the task would be far more than a diversion.

Around that time, we had been considering reviving our Rising Stars compendium. Back in 2010 we released it as our first graphic novel and it started the careers of several creators (including David) and we’d always called it Volume 1 with the intention of producing a second and third volume etc. After a lot of back and fore we agreed that it would be impractical for David to complete a book based in Genodd on his own… but the concept lent itself well to a shared universe populated by many creators. So, we reached out. We produced a submissions document and from that solicited stories set in David’s new world. Twenty two creators came together to share their stories set in David’s world and we launched the book in May 2018. To date it has been one of our most popular graphic novels.

Ten months on, we’ve sold most of the first print run of Age of Savagery. We’ve had readers come back and tell us that they enjoyed the representation of a variety of characters in the stories, that they loved the art, and even a few people telling us how it had been useful to them as a sourcebook for role playing games. We’ve also had creators messaging us to ask if they could do more with their characters as they’d had more ideas for stories since the book was published.

In the last year, David has been working on New Wasteland Fairy Tales again (we’ll have a blog on that sometime in the future) but also feels drawn to return to Genodd so we’re now opening a submission call for a second volume.

Age of Savagery: Mystics and Monsters

The first volume really established the world, setting up the clans living in Genodd and their views on the world. It also showed off the prevalence and significance of the Monuments. For volume 2, which we’ve called Mystics and Monsters, we want to look deeper. In this volume we want to focus on secret societies and mythical beasts. Who are the powers at work behind the scenes? What mysteries do they protect? Will the creature that stalks the woods return or have we driven it away? What was it in the first place? If you’ve got ideas from that and you want to learn more download the submissions guidelines. We’re looking for short comics, prose stories and spot illustrations so all types of talent are needed.

You can find the submissions guidelines here. And you can email ageofsavagery@deadstarpublishing.co.uk if you’ve got any questions about the project.

If you’ve visited our store at odd times in the night you may… just may… have caught a fleeting glimpse of a new category. That’s right, we’ve been working on digital versions of our books and comics for a while now and we’re almost ready to launch our ebooks range.

Previously you’ve been able to find select titles on Wowio, but these have been limited in format and we haven’t really done enough to promote them. For the next few months our focus will be on digitising the rest of our range and making them available in a variety of formats. For financial reasons we’d always like you to buy direct from us… but we appreciate people love Amazon as well as more traditional bookstores, so we’ll be making our ebooks available from them too.

To start with Suncaller, Rising Stars vol. 1 and Not as Pointless as You Think will be the only three available in all formats but we intend to have all of our titles available as ebooks by Christmas.

So. when will this all happen? Well, last night we made Suncaller and Rising Stars volume 1 available to sponsors of the Faustus IndieGoGo campaign that we supported over the summer. We’re going to give them a few weeks to enjoy their rewards… and then on November 1st we’ll open up the store for everyone else to enjoy!

Hello all, and welcome to the new year! 2011 was a hectic year for us; we gained staff, new offices, and a lot of new friends. This year we want to build on that so in the spirit of sharing, I thought I’d offer some spoilers as to what’s coming in 2012.

Starting with books: first up this year is Not As Pointless As You Think by Lynda Nash, which will hit stores soon. We also have two other titles slated for release this year, but you’ll have to wait to find out what they are…

When Deadstar Publishing Presents Rising Stars vol #1 was released, we were awed by the combined talent of David Owain Hughes and Kevin Enhart and knew that we wanted to see more of their work. White Walls and Straitjackets is the result of over a year’s collaboration from the pair and will be out later this year as a full-length graphic novel.

On the comics front, Thackeray, Stiffs and The Pride are continuing their run and are available in ever more comics shops. For a full list of our stockists, check this page.

We’re in the process of arranging more signings at the moment, so if you’d like to see your favourite author near you, let us know. As for conventions and expos, so far we are confirmed as exhibiting at the Cardiff International Comic and Animation Expo 2012 as well as the Bristol Comic Expo. There are a few more in the pipeline, so once those are confirmed we’ll let you know about those too.

As a final point, our Facebook page is fast approaching 500 fans. When we hit that milestone we’ll be giving away a free and exclusive wallpaper to all our loyal followers.

Well, that’s about it for now. 2012 looks like it will be a fantastic year and it’ll all be thanks to you!