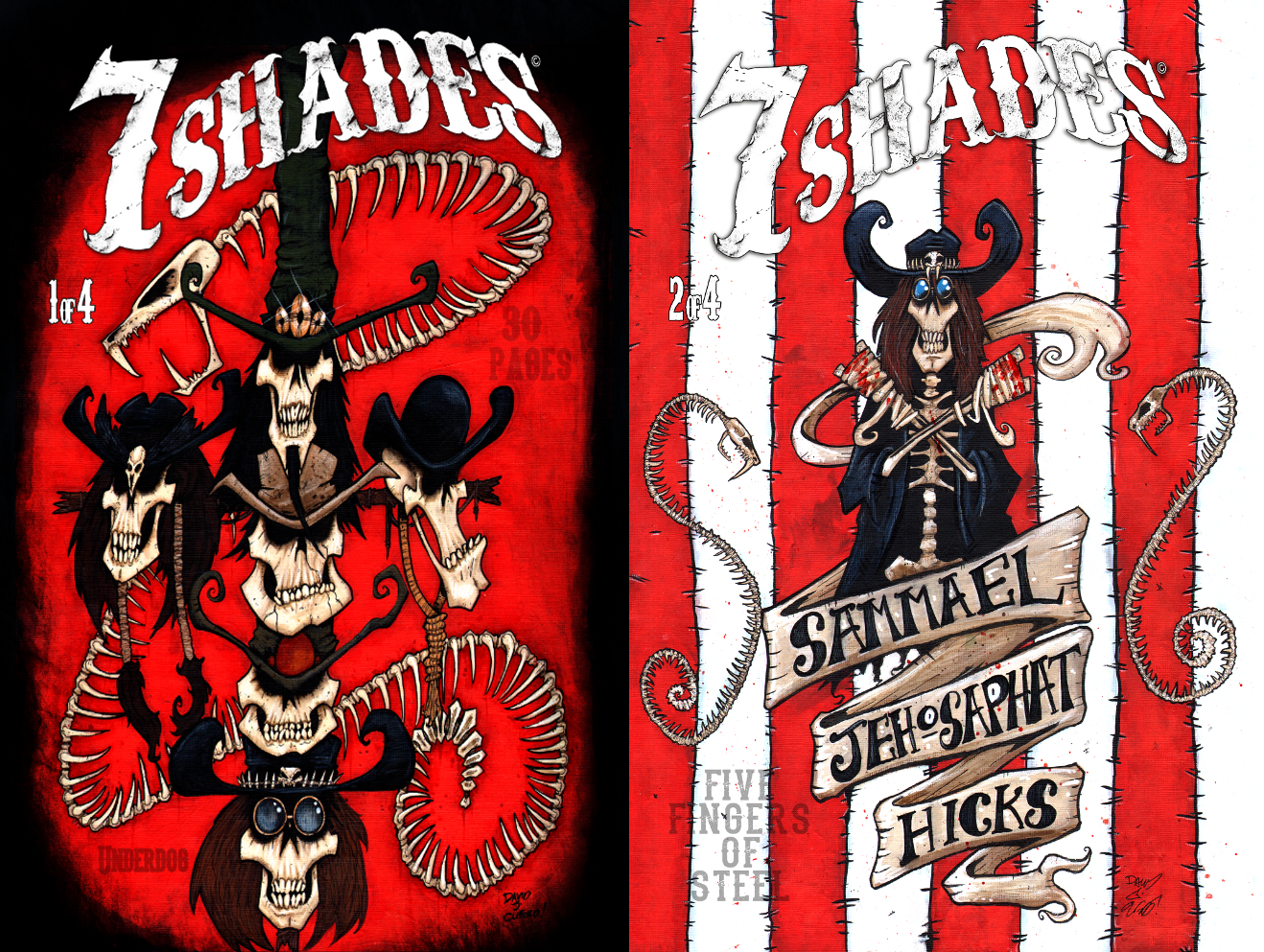 Last Saturday we attended the Cardiff Independent Comics Expo and had the pleasure of being joined by the creative team behind 7 Shades and Dexter’s Half Dozen.

To the left is Peter Rogers, author of the Eagle-nominated anthology series Eleventh Hour as well as many other things. In the middle is David Clifford, artist behind both Dexter’s Half Dozen and 7 Shades – and to the right is Jamie Lambert, writer for Dexter’s Half Dozen.

When we were approached with the concept for 7 Shades we were immediately intrigued. It was described to us as a supernatural western, and having already seen the art for Dexter’s Half Dozen we were sure that David could do the theme justice. And he has.

Each page is fully painted art and looks gorgeous… as you can see here: 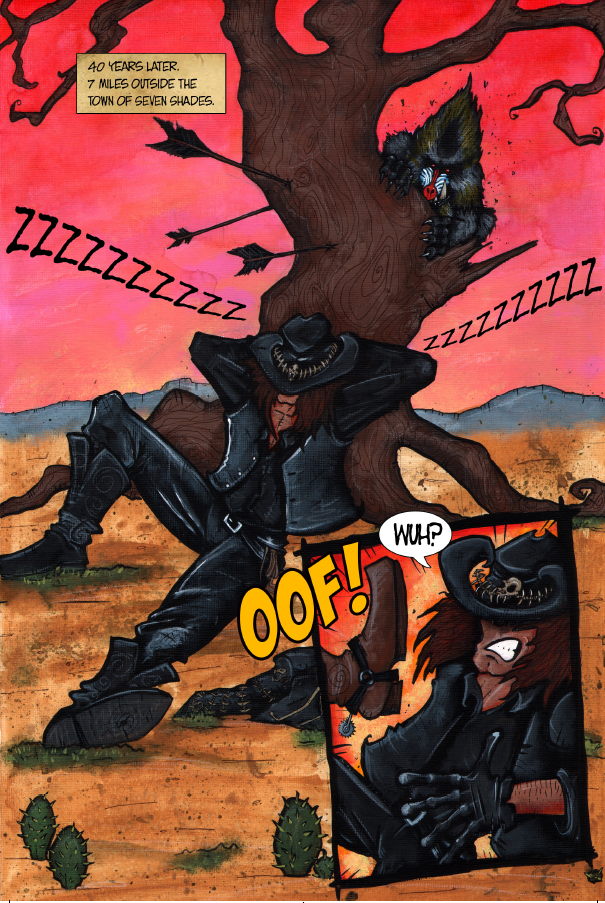 The story revolves around events occurring in the mysterious town of 7 Shades. The man you see being rudely awakened in the page above is our protagonist, Sammael Jehosephat Hicks, and he – with the rest of his family are on a quest to save his sister. Sammael is a pretty unreliable individual and to put your faith in him for something crucial is probably a bad idea. To say much more would spoil a story that ought to be read – and you can start that journey here! Below are the covers for issue 1 and 2. The series will be released in arcs and the concluding part of this arc will be released September 2018. 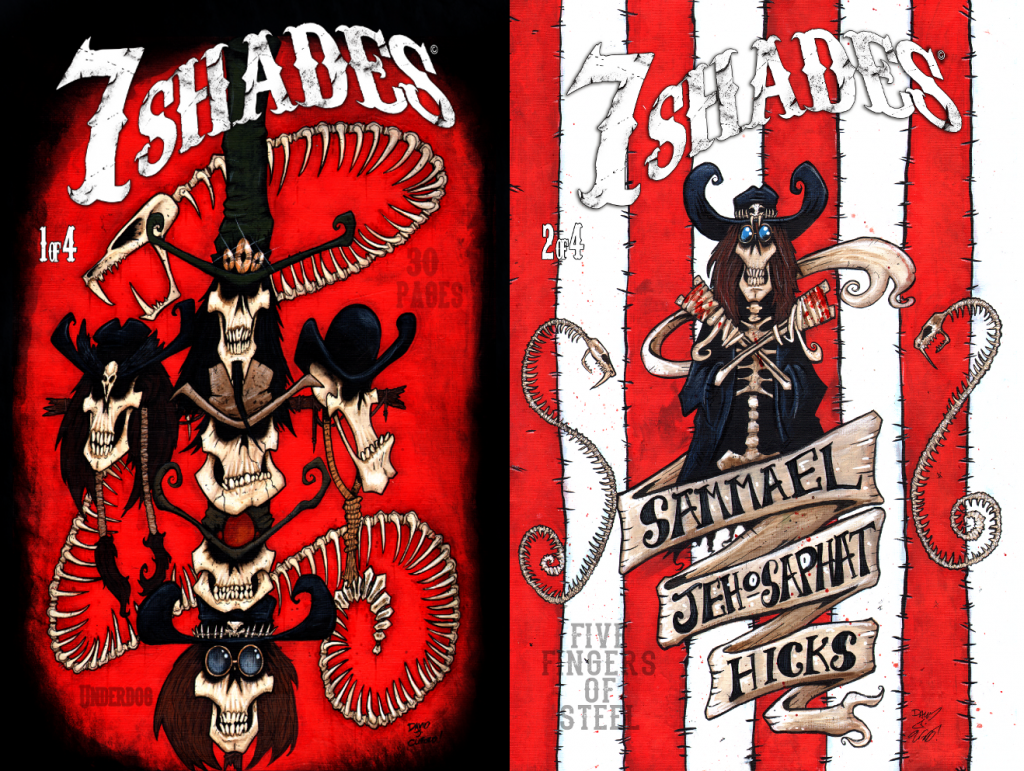 One of the things that Peter and David are keen to do is to have a Q&A page in each issue starting from issue 3. If you’ve got a question you’d like them to answer, you can email us or contact them through their own website.